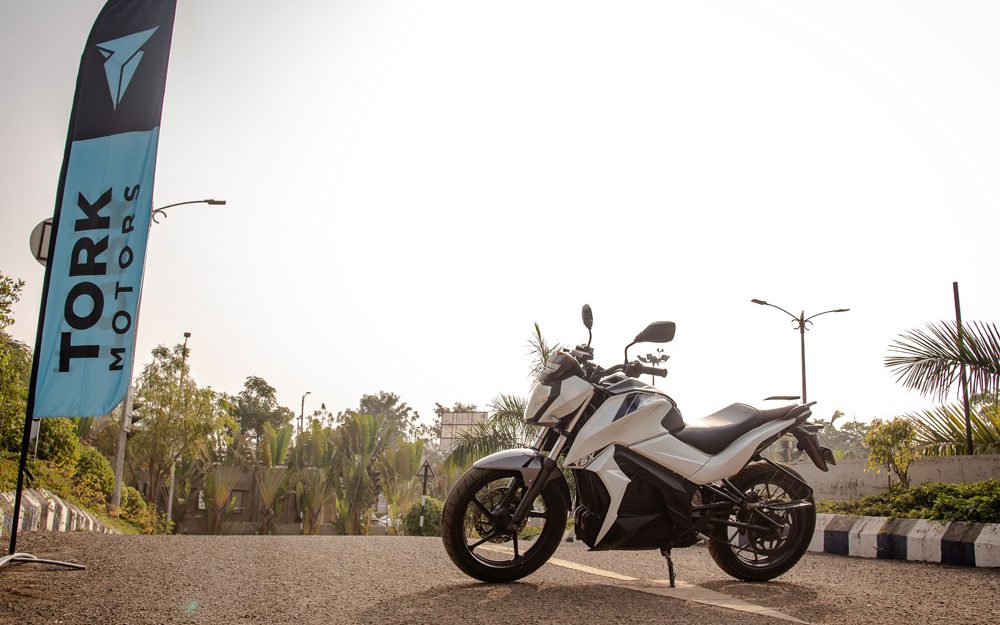 Ratan Tata sure has an eye on India’s electric vehicle dream.

The chairman emeritus of the Tata Group, which owns India’s largest automobile manfacturer, is buying a stake in Pune-based electric motorcycle startup Tork Motors. This move comes only months after he invested in cab aggregator Ola’s electric mobility arm.

Though the quantum of his investment in both the firms is undisclosed, it is likely to be only a token amount. However, it’s a coveted vote of confidence for untested companies in India’s fledgling EV industry. “Now its brand value will go up, so it becomes easier for Tork to raise more funds,” said Puneet Gupta, associate director at the information services firm IHS Markit.

According to investment tracker Crunchbase, Tork’s total funding stands at $4.7 million. It is mainly backed by Pune-based Bharat Forge, one of the world’s largest forging companies, which bought a 45% stake in Tork for Rs30 crore last year. In 2016, Tork had also secured about Rs3.5 crore from Ola founders Bhavish Aggarwal and Ankit Bhati.

Since its inception a decade ago, Tork has developed six models of its motorcycle. The earlier ones went on to beat expectations in prestigious racing competitions such as the Isle of Man Tourist Trophy. The firm began accepting pre-order requests for its first commercial model, the T6X, in October 2016. But three years on, the bike remains locked inside the company’s research & development office.

The T6X will definitely be launched on the market this year, according to CEO Kapil Shelke. “We underestimated the time it takes to validate a product,” he says. For instance, “we’re the only company I know of which builds its own motor and battery. It took us about three-four years to validate the motor we were building. You first build a prototype, test, validate—do that again and again while parallelly also building a motorcycle.”

Tork’s case is similar to that of Ather Energy, a Bengaluru-based startup whose electric scooters were launched in 2018 after a delay of two years due to the absence of a domestic manufacturing chain.

But Shelke swears there’s a bright side to self-reliance: “You would think it would be faster getting it from somewhere else. But because there would be so many engineers involved, so much to-and-fro of data, it would have taken a little longer.” Designing a motor in-house improved the motorcycle’s power-to-weight ratio and made integration with the rest of the motorbike easier, he said.

The company also hopes to cut costs once it begins manufacturing the motors at the factory it’s building in Chakan, an automobile hub near Pune, which also hosts the plants of Mercedes-Benz, Volkswagen, Mahindra, and Bajaj Auto.

Shelke said Tork’s factory will have an annual production capacity of 20,000 motorcycles. This is 30,000 short of the figure he gave three years ago when the T6X was poised to become India’s first electric motorcycle, a title it lost to Gurugram-based Revolt Intellicorp’s RV400 in August this year.

Tork has since scaled down nearly all its ambitions. The company earlier intended to set up 100 charging stations each in Pune, Bengaluru, and Delhi, coinciding with T6X’s launch. So far, it has installed only one in Pune. Bengaluru and Delhi will also have to wait longer for the showrooms that Tork had planned to set up in these cities. The firm will initially establish only one—an “experience zone”—in Pune around T6X’s launch, Shelke said.

In 2016, he had also said the annual sales target would be 10,000 bikes for the first year of operations. Now that the T6X is finally close to entering the market, Tork has revised that target to around 3,000-4,000 units.

This reveals not only how difficult the past three years have been for Tork, but also how cautious it plans to be. Some of the damage to its reputation, though, may prove tough to repair. By the firm’s own admission, prospective customers who had placed the pre-order requests—though no money exchanged hands—have been frustrated with the wait.

Electric two-wheeler sales in India more than doubled to 126,000 during the financial year ended March 2019, according to the industry group Society of Manufacturers of Electric Vehicles. Nearly all of these sales were of electric scooters.

But the race to sell electric motorcycles has hotted up quickly after the RV400 broke in. Apart from Tork, TVS Motors-backed Ultraviolette Automotive has announced a Nov. 13 unveiling date for its high-performance model, the F77, which will have a top speed of 150km/hour and a range of over 150 km.

The T6X is likely to be more expensive than the RV400, which has an on-road price of roughly Rs1,35,000, including registration charges and an insurance plan. The price has been subsidised under a government policy to accelerate the adoption of EVs, though Revolt has not disclosed the exact amount by which the price tag has come down. Tork’s T6X won’t qualify for this incentive if marked above Rs1,50,000.

“Revolt is a 100cc motorcycle. We are more of a 150-200cc motorcycle. There’s no comparison in terms of power and specifications. Hence, we don’t want to compare on price either,” Shelke said.

In India’s automobile industry, where pricing is key, a more expensive tag may not sound the death knell for the T6X.

Electric motorcycles in India still cost about twice as much upfront as comparable conventional bikes. Startups such as Tork, therefore, are not competing in a mass market but targeting early adopters who give more weight to the quality of the product.

“Electric scooters are more of an economical purchase, but electric motorcycles will be bought by enthusiasts,” said Deepesh Rathore, lead analyst for Emerging Markets Automotive Advisors. In the tussle between price and specifications, the T6X will look to balance itself somewhere in the middle, with the RV400 on one side and the F77 on another. That is, until the next model launches.

Tork also has the strategic advantage of counting Ola’s founders among its investors. The country’s largest cab aggregator has big plans for electrification of its fleet. Though most of it consists of cars and not motorcycles, the door for synergy between the two Ratan Tata-backed companies is open. “Our paths will eventually cross, I’m sure,” Shelke said. “I don’t ask Bhavish about this. Once we launch (the T6X), that conversation might start.”

Could telemedicine become the first line of defence in India’s fight against coronavirus?

How Indian airlines are dealing with the Covid-19 pandemic

“Maybe” – James Pearce identifies one West Ham player Liverpool could want if they...

This Saturday represents a chance for 25 y/o to have a breakout performance at...