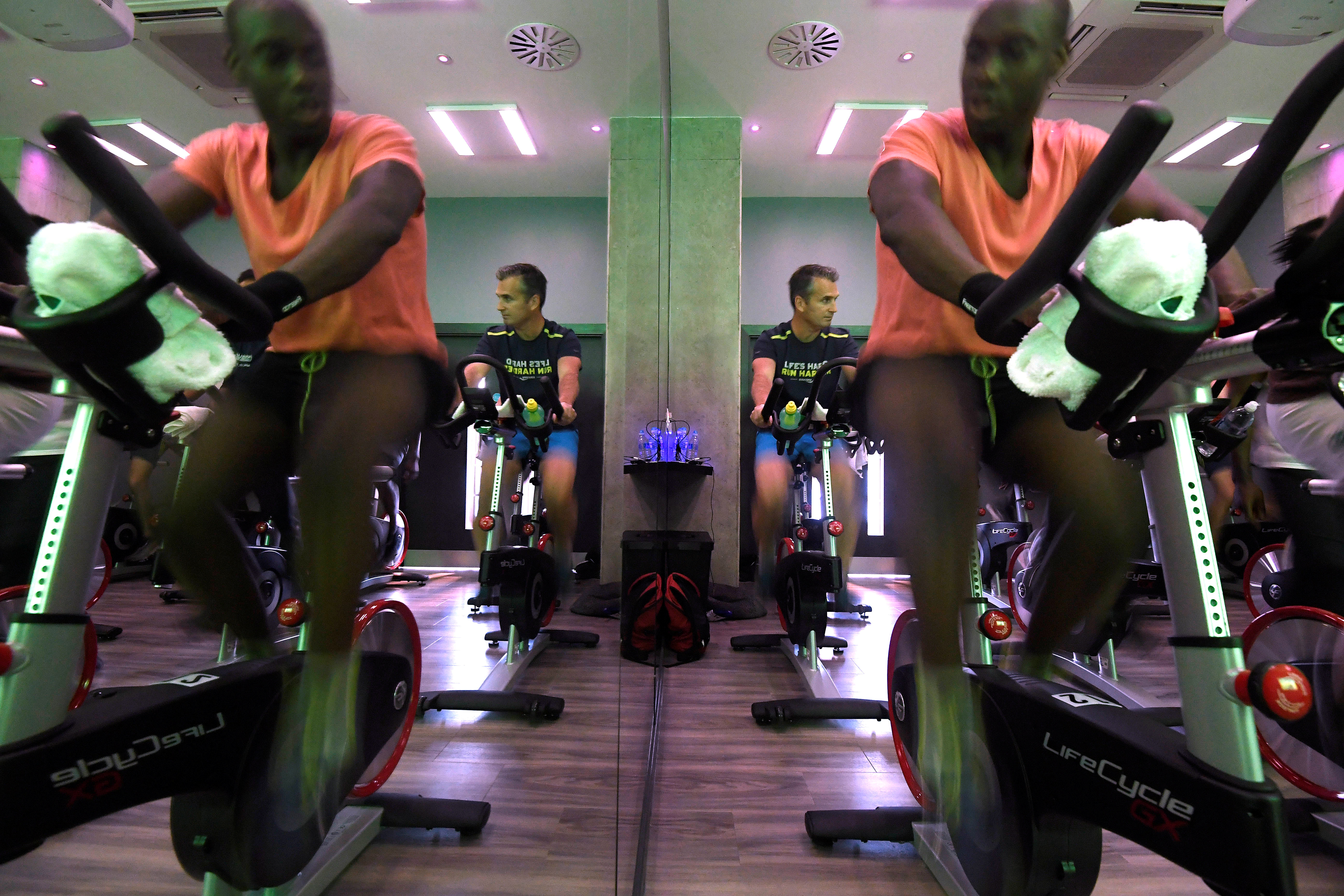 Peloton, an indoor cycling company that claimed it “sells happiness” in its Tuesday IPO filing, is also peddling another unlikely product: music streaming.

The cult-favorite fitness firm—valued at $8 billion—specializes in streaming live, at-home cycling and running classes on a subscription basis. While it has a chain of retail showrooms that double as workout centers, the bulk of its business is driven by customers who purchase a Peloton bike to use in their homes.

While it might seem like music isn’t a critical piece of the workout experience, spin is a rhythm-based exercise—you ride to the beat, and classes are often built around a musical genre. After you buy a Peloton bike ($1,995, plus tax) you’ll also need to get a subscription (obligatory for the first year) or face extremely limited functionality. Live-streamed, monthly classes cost $39 per month, and much of what you’re actually paying for is pretty much a music streaming service.

Peloton pays royalties to music rights holders (record labels, music publishers, artists, etc.) to play music in its live-streamed classes. It basically has to go through the same process for music licensing that streaming services like Spotify and Apple Music do.

But Peloton has it much worse: In addition to obtaining rights to play the music on its machines, it also needs so-called “public performance rights” since the music acts as a backdrop to a live-streamed class, which, in this case, is legally considered to be a live concert.

“We depend upon third-party licenses for the use of music in our content and an adverse change to, loss of, or claim that we do not hold necessary licenses may have an adverse effect on our business, operating results, and financial condition.”

In its most recent quarter, Peloton made $181 million in revenue from subscriptions. Over $104 million of that was spent on subscription costs of revenue, and music royalty fees was the largest variable cost under that. While we don’t know exactly how much Peloton is paying, the filing suggests it’s not cheap:

“Unlike music streaming services where having an exhaustive music catalog is vital to be able to compete for customers, we have control over what music we select for our classes. As a result, we expect to be able to manage music expense such that, over time, these fees as a percentage of subscription revenue will flatten, or even decrease.”

Peloton was hit with a $150 million copyright infringement lawsuit in March from the National Music Publishers Association (NMPA) after it used over 1,000 songs by artists like Drake, Lady Gaga, Justin Timberlake, and many others, without properly licensing them. The SEC filing notes that could potentially happen again.

After the March lawsuit, Peloton had to rejigger its musical offerings, which caused riders to complain. What’s more, in June of this year, a Peloton customer filed a suit against the company on behalf of himself and others, claiming that the removal of the songs and the associated workouts “significantly diminished the user’s experience with the products.” Apparently, he wasn’t sold enough happiness.