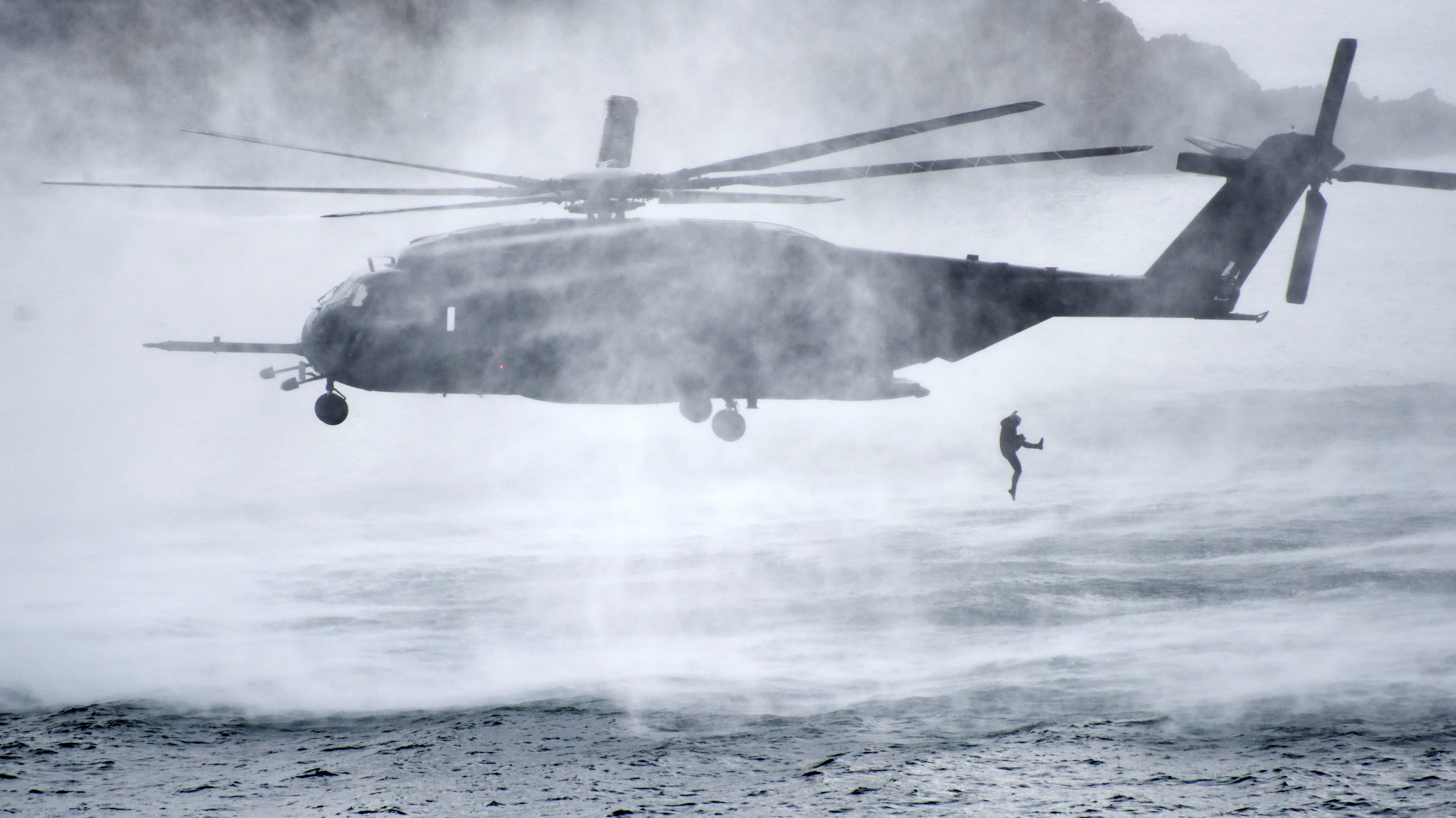 Last spring, the Pentagon spent more than $165,000 on a set of sophisticated, high-frequency radio antennas for a contingent of elite Navy SEALs. Unfortunately, they were cheap knockoffs, courtesy of a California vendor apparently looking to secure some extra profit.

A search warrant application recently filed by the Defense Department provides a glimpse into how the scam worked.

In April 2019, the Naval Special Warfare Command solicited bids to buy 450 high-frequency antennas for use by members of the Navy SEALs. The request required the body-worn antennas come from New York-based manufacturer Mastodon Design, and that the supplier qualify as a small business.

The government used to purchase the antennas directly from Mastodon. However, it no longer could because after Mastodon’s sale to a large multinational defense contractor, the once-boutique company no longer qualified as a small business. This meant the Navy would have to buy Mastodon’s antennas through an authorized small distributor or reseller.

On May 1, the sales team at Mastodon got an email from the procurement department of a California company called Vizocom. It said the company was bidding on a Navy contract and wanted to know how much 450 Mastodon antennas would cost. Mastodon quoted a price: $165,109.50.

Vizocom then submitted its bid to the Navy for the exact same amount. A source with direct knowledge of the situation told Quartz it was highly unusual that Vizocom wouldn’t want to make any money on the deal. At this price, the Navy awarded Vizocom the contract.

The company, however, would never actually place the order with Mastodon. Instead, it would import low-cost antennas from China and pass them off as from Mastodon using fake serial numbers and spec sheets, according to the search warrant application and sources with knowledge of the deal.

The Navy realized something was amiss when it distributed the antennas to the SEALs who would be using them in the field. Vizocom’s antennas “differed physically” from the Mastodon antennas they had used before and “were of poorer quality,” says the search warrant application.

Investigators eventually discovered a purchase order issued to Alpha Antenna by Vizocom that requested testing, packaging, and shipping to the Navy 450 antennas for just $12,208.50. Alpha seemed to be an unwitting participant in the alleged Vizocom scam, according to a source close to the case.

“The use of these so-called middlemen who don’t manufacture anything, they just order it from someone else that does manufacture it, can be a problem,” Neil Gordon, an attorney who oversees the contractor misconduct database at the Project on Government Oversight, a nonprofit government watchdog, told Quartz. “The longer the supply chain, the more difficult it is to keep watch over it.”

Despite these kinds of problems plaguing the US armed forces, under US president Donald Trump, the Justice Department has prosecuted fewer of these types of cases, Gordon said. Cutting down on procurement fraud prosecutions against businesses became a DOJ policy goal in early 2018 in an attempt to, among other things, “preserve limited resources.” The department has managed to dismiss 34 of 36 such cases since then. (US attorney general William Barr, the nation’s top cop, has called the False Claims Act an “abomination.”)

The Justice Department still managed to claw back more than $3 billion in settlements and judgments involving fraud and false claims by federal contractors during the government’s 2019 fiscal year, which ended Oct. 1, 2018. And just this week, US Technologies, a New Jersey electronics supplier, agreed to pay $525,000 to settle allegations that it sold the military dozens of faulty circuit card assemblies—some of which were counterfeit—destined for a US Air Force weapons system.

As for Vizocom, it has earned more than $30 million from US government sales since 2016, per an official government spending database. The Navy has accounted for about 15% of its business, with the Army, Air Force, Coast Guard, and Department of State making up the balance.

“Vizocom’s vision is to succeed in its goal to bring about a better world, thru making technological advancement to give all people access to a better life,” its website says. “We believe we can only make this happen by upholding genuine universal values we all cherish on a daily basis and in all stages of like [sic]…We work as a team and deal with others with integrity, we deliver service excellence, and we seek success by working hard hand in hand in an open collaborative professional environment with our staff, our customers, as well as our vendors and suppliers. We build capacity by seeing the goodness in people. We build trust by trusting first.”

If the company’s mission, misspellings and all, didn’t raise eyebrows among investigators, its headquarters sure did. The company says it is located on the third floor of a 20-story skyscraper in downtown San Diego. In reality, its physical footprint is little more than a mailbox in a shared virtual office space. Vizocom is actually located at the El Cajon, California address the company had on file with the federal government. When investigators paid it a visit, they found a small single-family home occupied by Vizocom’s owner. 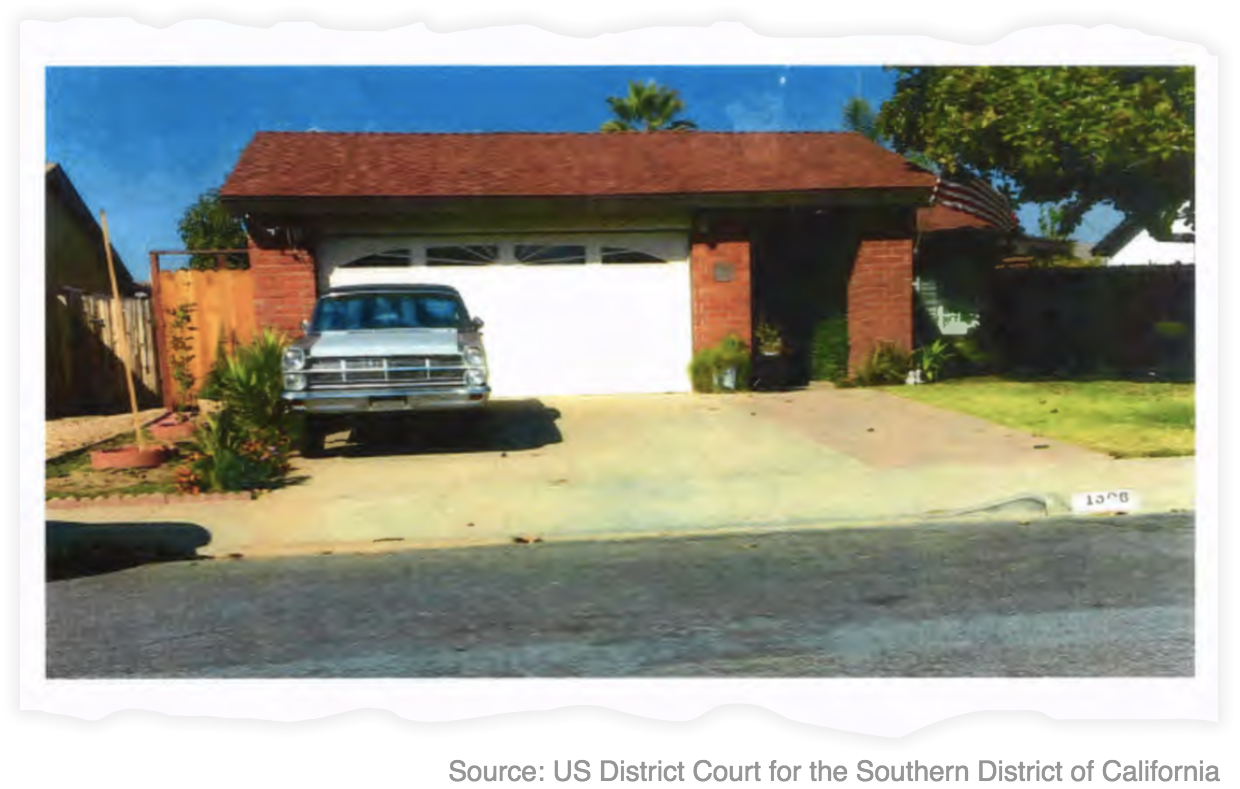 Authorities searched the house just before Christmas, seizing 49 antennas and assorted electronics, expecting to find evidence of wire fraud, among other federal crimes, as well as communications between Vizocom and its own suppliers that may yet help to untangle the rest of the case.

“What a brazen criminal act that could have potentially contributed to the loss of life of some of our SEALs who are placing themselves in extremely risky situations,” former FBI agent Dennis Franks told Quartz. “It is horrendous that greed on the part of a few individuals could create a situation in which the ability to communicate with other team members or command centers could be hampered and thereby prevent critical information from being sent or received.”

Mastodon filed a civil lawsuit against Vizocom. And after Vizocom agreed to abide by a judge’s injunction, the two companies settled their case at the end of November. The investigation into Vizocom is ongoing, and no official charges have been filed as of yet. Neither representatives from the Defense Department nor Vizocom responded to requests for comment.

Globalization brought us Covid-19—and the tools to fight it

China is leveraging the coronavirus crisis for diplomatic gains

How Renée Zellweger Transformed Into Judy Garland For Judy

This Ohio Abortion Ban Bill Is So Extreme That Parts Of It Aren’t Medically...